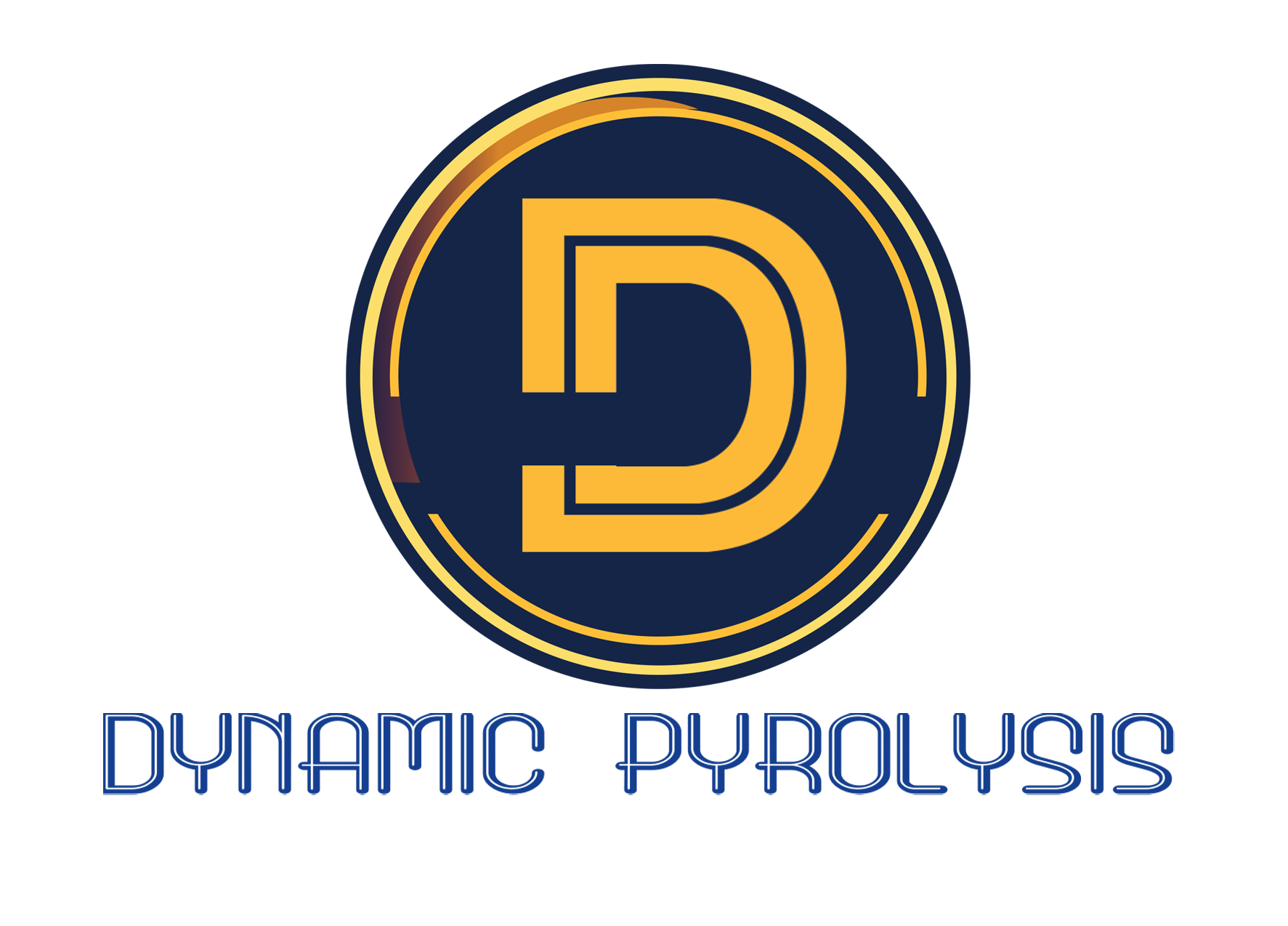 Dynamic Pyrolysis Technology offers a sophisticated pyrolysis system for tires and other rubber-based materials in the industry. We are the country leading company in this field committed to provide a comprehensive solution for waste recycling-, especially tires and rubber products, that gets fuel oil and other renewable energy.

Let’s see first, what is mean by pyrolysis?

Pyrolysis is a Greek-derivative element that means 100% recycling of tires. This is the most effective and sustainable way to extract all the valuable substances from tires that could be further used profitably and environment-safely as well.

“Pyro” means- fire and “Lysis” means separating. Therefore, according to the technical aspect, it is the thermal decomposition of ingredients at high temperatures in an inactive atmosphere. Pyrolysis commonly involved in changes in chemical composition. It generally used in the treatment of organic ingredients.

Dynamic Pyrolysis Technology transformed such a modern and industry best tires pyrolysis system that recovered Carbon Black and steel wire. At the same time, it converts the rubber to a partially-renewable fuel oil- called Green Oil. Thus, it characterized in particular by its profitability, which has the most important involvement to the Circular Economy.

In addition to that, it helps to save both, energy and GHG emissions which are 80% lower than the conventional Carbon Black Production. Dynamic Recovered Carbon Black(RCB) is now being used by numerous manufacturers, tires manufacturing Industries, Cable manufacturing industries, Pvc producers, Coating, for instance.

Consequently, it is truly price-effective, unlike conventional carbon black production. As a result, nowadays it also being used by Automobile Spare Parts, Pipe seals, Rubber Product Manufacturing Industries, home and doormats industries, black nylon bags manufacturing companies, and so on.

What is the mechanism of action of Dynamic Pyrolysis Technology?

As mentioned above, pyrolysis is a thermo-chemical decomposition of organic ingredients at high temperatures where oxygen is lacking.  Therefore, it naturally happens under pressure where the functioning temperatures nearby 400 °C (800 °F).

Generally, tires are made up of multifaceted hydrocarbons that have a long chain of carbon to carbon bonding. Pyrolysis of scrap rubber tires is performed in a closed and sealed chamber, where tires are heated to 350 °C to 400 °C with the lacking of oxygen. Therefore, the complex and bigger molecules in tires become broken down into simple hydrocarbons and small molecules.

After completing the tire pyrolysis by the dynamic pyrolysis technology, it harvests four green products:

This is the main product recycled by the tires’ pyrolysis technology. This part contains black carbon and the mineral matter that primarily present in the tire. The solid residue may be used as a fortification in the rubber manufacturing industry- as a stimulated carbon, or as a smokeless fuel.

Moreover, it also used as raw material or the main ingredient in many industries. Likewise, the chemical structure of carbon black strengths, increase the durability and develop the coloring feature of the materials. Thus, black colorants in rubber materials, plastic pipes, electric cable manufacturers, for instance, can get benefit by using it.

This is the major fuel oil product of tires pyrolysis. This liquid product- fuel oil, is made up of a very complex mixture of organic components. It generally widely used for commercial and industrial purposes directly as fuels. For example, petroleum refinery feedstock or, a source of chemicals as well.

All tires contain some steel wire that extracted while the pyrolysis procedure completed. Scrap Steel normally sold to the scrap and steel dealers after pressed. It can be refashioned into various kinds of uses, construction industry, automobile industry, for example.

10-15% of non-condensable gases produced during the pyrolysis procedure, which contains higher caloric value compare with the natural gas. Therefore, it can replace natural gas and propane when stored. Apart from this, it also usable as energy resources to the gas burners and in the tires’ pyrolysis recycling process.

According to the Kyoto summit on climate change in 1997, there were proposed and agreed on by the developed countries’ to ensure lower greenhouse gas emissions at a standard level. Eventually, political pressure regarding the ideal use of renewable energy to produce “green” power is increasing dramatically day by day.

However, with the signs of progress generated by the Kyoto protocol, the price of oil has virtually multiplied by four in the same period world wide. Consequently, the growing economy of China and India also driven a great rising in the demands of oil products day by day.

Thus, finally, it has been proved that the output of the tires or rubber-based pyrolysis plant which can generate renewable green energy, has the all over market demand and that will increase in the future.

In addition to that, the participants of the Kyoto Summit have shown their concerns regarding global heating. And, that is mainly due to the way of wastage, especially plastics are disposed of usually. The traditional methods of disposing of plastic waste have been mainly landfill or burning.

Being very non-scientific- both of these approaches- landfill or burning, are now facing strict controls. On the other hand, due to the high calorific value of plastic, it is at the moment still being burned. Yet, due to various issues, flue gas emissions, for instance, it is not a required fuel in any amount.

As a result, it becomes necessary that the waste plastic has to be collected and deposited at the expense of the accumulators. Ultimately, this is making a bigger demand for other funds to arrange of this plastic waste in an environ-friendly and economical way.

Unlike others, applying the exemplified energy content of plastics, Dynamic Group producing a highly usable product. That is completely environment-friendly due to its clean-burning characteristics.

Recovered Carbon Black
Pyrolysis’s core product for sale and use in the tire, mechanical rubber goods and plastic industries.
Pyrolysis Oil
This can be used as fuel oil or feedstock (for example, in synthetic gas (syngas) production) or can be further refined and blended with heating oil.
Steel
For every ton of tires processed, Pyrolysis’s reclaims .16 tons of steel for potential commercial use, reducing waste and the environmental harm caused by manufacturing new steel.
Gas
The gas output has a calorific value comparable to natural gas and can be reused in the Pyrolysis process to produce energy or heat..

Copyright by dynamicpyrolysis.com. All rights reserved.Design & Develop By: Innovate Service

Copyright by dynamicpyrolysis.com. All rights reserved.Design & Develop By: Innovate Service